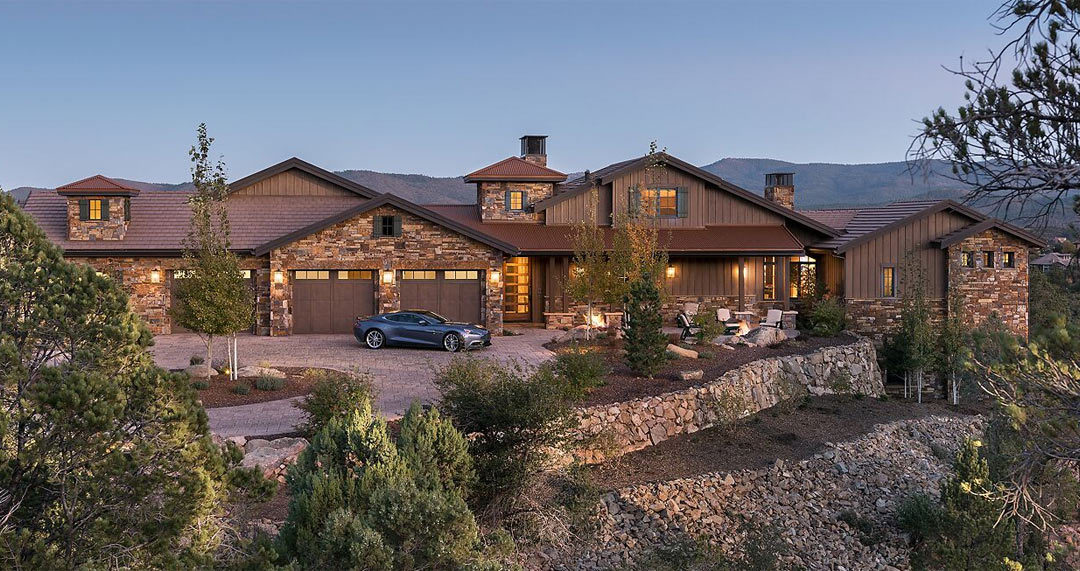 Sometimes the geographic location of a home is the inspiration for its architectural and interior design style.

This is true especially in the Western United States, where log structures were built for pragmatic reasons in the Nineteenth and early Twentieth Centuries, and have now become a symbol of the Wild West, cowboys and Indians, sod farmers and cattle drives. Hollywood contributed to the sense of romance and adventure of this time in America’s history, and architects and designers of the 21st Century carry on the tradition by creating beautiful modern day log homes, typically found in ski and resort communities.

Old mining and ranching artifacts are often incorporated into current designs and used to create the feeling of authenticity. Native American tribal pieces, including rugs, baskets and beadwork are perfect accents in a modern day log home. While artwork can be from any period and style, it is particularly attractive to feature bronzes in the style of Frederic Remington, and and oil on canvas paintings featuring 19th Century western landscapes, working cowboys and Native American lifestyles.